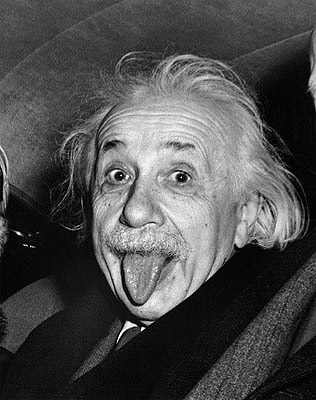 Albert Einstein (14 March 1879 – 18 April 1955) was a German physicist who discovered the theory of general relavity, effecting a revolution in physics. For this achievement, Einstein is often regarded as the father of modern physics. He received the 1921 Nobel prize in Physics "for his services to theoretical physics, and especially for his discovery of the law of the photoelectrict effect".

Einstein published more than 300 scientific papers , and received honorary doctorate degrees in science, medicine and philosophy from many European and American universities; he also wrote about various philosophical and political subjects. His great intelligence and originality have made the word "Einstein" synonymous with genius.