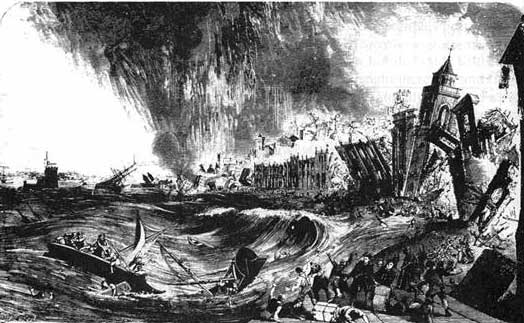 The Lisbon earthquake of 1755 took place the morning of All Saints. The quake was followed by a tsunami and fire, causing the almost total destruction of Lisbon.

The earthquake accentuated political tensions in Portugal and colonial ambitions ended in Portugal during the eighteenth century.

The event inspired significant progress in theodicy and philosophy of the sublime. It was the first earthquake whose effects over a large area were studied scientifically, said the birth of modern seismology.

Geologists today estimate the magnitude of the earthquake would be about a 9 on the Richter scale.

Spain was also affected with many inundations.