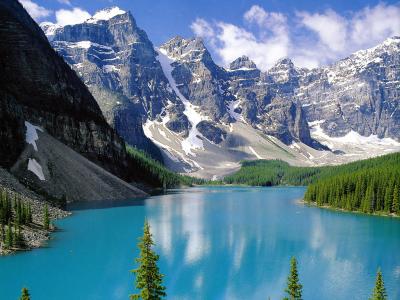 Canada has 10 provinces and 3 territories. The most important provinces are:

PRINCE EDWARD ISLAND. Prince Edward Island is located in the Gulf of St. Lawrence. Its geography consists of arable land red, green forests in the north and white sandy beaches. His languages are english and some french. Charlottetown is the capital.

NEW BRUNSWICK has english and french as official languages.  Places of interest:the Bay of Fundy and the Saint John River. You can see the 15 variety of whales which come to the water of New Brunswick.

NEWFOUNDLAND Y LABRADOR is a mass of natural landscapes where you can see the Northern Lights (Aurora Borealis). Catch a glimpse of icebergs, whales, birds and wildlife. St. Johns is the capital.

NOVA SCOTIA. Tourism is very important for the province. Halifax is the capital. Halifax is a beautiful city in summer, full of history, culture and entertainment.  An unknown treasure in Canada.

ONTARIO. Toronto is the most important city of Canada. Toronto is the capital of Ontario, it has more than two and half million inhabitants. As the economic capital of Canada, Toronto is considered a global city and a major financial cities in the world. Toronto has natural areas such as Lake Ontario to practice sports outdoors or enjoy the views. Ottawa is in Ontario, too. Ottawa is the capital of Canada. Ottawa has excellent museums, art galleries, the National Arts Centre and an economy not only supported by the federal government but also in technology and tourism.

BRITISH COLOMBIA. The Okanagan Valley in the interior of British Colombia is an area of mountains, lakes and vineyards. Vancouver has a lot of parks and an expanse of coastline on the Pacific Ocean.

QUEBEC. Quebec City is the capital of the province of Quebec, which is located in eastern Canada. The language of Quebec is French.Montreal is the largest city in the province of Quebec, Canada, the second most popular and second most popular French-speaking city in the world. It is also an administrative region of Quebec. It is situated on the island of the same name in the St. Lawrence River and Rivière des Prairies. Is a major industrial, commercial and cultural North America.