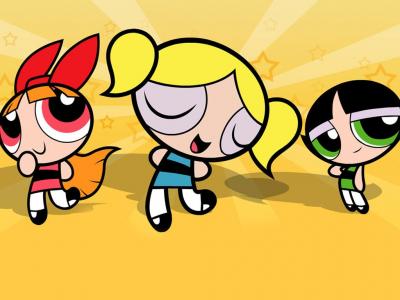 The Powerpuff Girls is an animated series (directed mostly girls) who is a scientist who mixes several ingredients and accidentally added Chemical X, which makes them appear Powerpuff Girls!
this "error" creates uns girls with superpowers who fight with the crime against the mostpowerful super-villains (Mojo Jojo, S, Fuzzy Lumpkins, The Amoeba Boys, TheGangrene Gang and The Rowdyruff Boys)
This series is to entertain young children and their characters are:
"Petal: is the list of the Powerpuff Girls, his color is the pink and she is the most intelligent of the group.
-bubble: It is the sweetest of the group and is the most gullible of them all.
-Cactus: It is the strongest and most aggressive, totally contrary to bubble.
-Professor Utonium: is the creator of the Powerpuff Girls
-and many others like Ms. Sara Bellum, The Mayor and Ms. Keane
By Mario
¿Y esta publicidad? Puedes eliminarla si quieres.