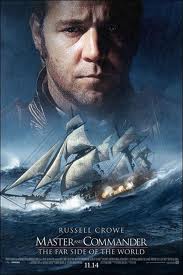 Master and Commander is a film directed by Peter Weir and starring Russell Crowe and Paul Betanny. The film is set in the Napoleonic wars and the action focuses on an English ship, the Surprise, whose mission is intercepting a French ship. The captain (Russell Crowe) is convinced to follow orders despite the difficulties and the damage of the ship. This leads him to lose a part of his crew and almost his friendship with the ship’s doctor (Paul Bettany).

Will Captain succeed in its mission or will be a sure suicide? Discover it watching this wonderful film praised by critics and that received ten Oscar nominations.