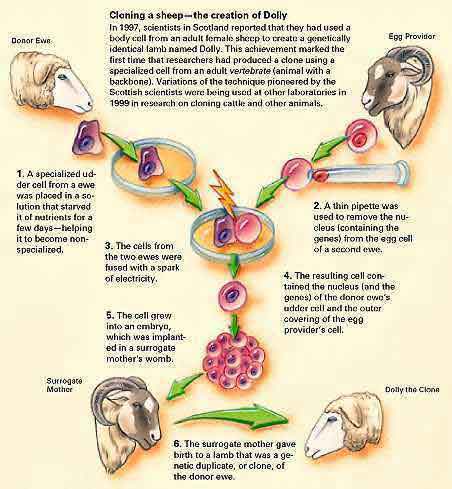 Who don't know about Dolly sheep? Why is she famous around the world?

In 1997, a Escotish scientific team presented the first sheep created by the donation from a single stem cell.

Scientifics took a cell from a sheep, this cell contained all information genetic about this sheep. Then scientifics took an egg from other sheep and they removed the egg nucleus. Next they fuisoned nucleus the first cell with egg without nucleus. At 6 days, an embryo began to form. The embryo was implanted in a third sheep which gave birth to a dolly, a sheep exactly like the first sheep.