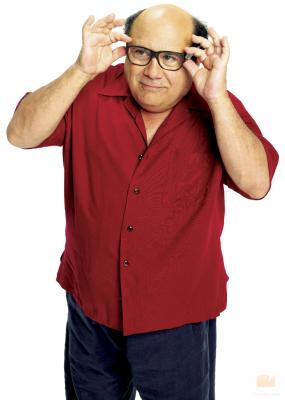 Danny is a big actor of small stature, is American and he is married to actress Rhea Perlman, who he met in the television serie "Taxi".
He has participated in numerous films (Alguien voló sobre el nido del cuco, La fuerza del cariño) and other comedy films (Los gemelos golpean dos veces, La guerra de los Rose and making Batman vuelve when he is "The Penguin")
I think that the best comedy series he has done is "Colgados en Filadelfia" a series full of humor and laughter, where Danny makes a barman little crazy with two children (more than twenty years) working for and a friend of their children which is quite silly.
¿Y esta publicidad? Puedes eliminarla si quieres.